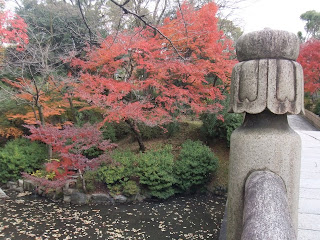 Today I travelled into Kyoto, in the hopes of seeing some of the best of Autumn that Japan has to offer. I was definitely not disappointed.

My first stop was the beautiful stilted structure that is the Kiyomizudera temple. The temple itself and the surrounding foliage were nothing short of picturesque. From there,I walked on and peeked in through the fences of a few temples that are not open to the public, on my way to Sanjusangendo.

When I reached the temple I bought my ticket, walked though the bright vermilion gates and followed the stone path into the gardens.

I had walked the long way around the entirety of the fairly ordinary looking temple, completely missing the enormous sign stating that the entrance was indeed in the other direction. When I did find the door, I rolled my eyes at myself, having finally spotted the sign, shed my shoes and padded barefoot into the hall. As my eyes grew accustomed to the dim lighting, I inhaled deeply, and promptly forgot to exhale.

From the outside, the structure is highly unimpressive, even though it is the longest wooden building in Japan, but the inside is something else entirely. The inside is literally breathtaking.

Softly glowing in the half light, are rows upon rows of gold statues, each standing as tall as myself, at 5'6, carved from Japanese cypress and coated in gold leaf, in the image of the Buddhist Goddess of Mercy, Kannon. There are one thousand, almost identical statues, five hundred on either side of a larger primary depiction of Kannon, sitting 11' tall in the the centre of the hall. Each Kannon has 40 arms, each of which, is reputed to have the power to save 25 worlds. This means one million, one thousand worlds that can be rescued by this room alone. That's an awful lot of world even if you don't believe in a multiverse. If this is not impressive enough, Kannon is also protected by a further 28 Guardian Deities lining the front of the hall, and flanked by statues of Fujin and Raijin, the Shinto gods of Wind and Thunder. Of these beautiful sculptures, 31 are Japanese National Treasures, and well deserve this honour.

More than being simply beautiful, Sanjusangendo is also a very reverent temple, the smell of incense offerings hangs in the air, and photography is prohibited out of respect for those in prayer.

After I had haunted the hall for long enough, I donned my shoes again, and dawdled slowly back to the train station and home. 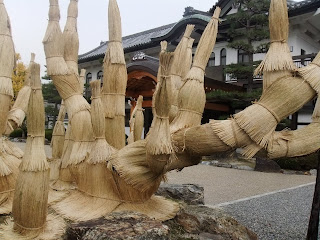 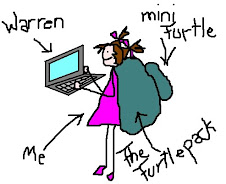